The power of purpose driven collaboration - Assemble, Winner of the 2015 Turner Prize

I recently re-discovered my love for architecture. Working with an architectural firm gave us some fascinating insights into key concepts of architectural design processes. Also, I incorporated the story of the Watercube for the Chinese Olympic Games into some keynotes for client events. Now I have come across another source for inspiration: Assemble, Winner of the 2015 Turner Prize. 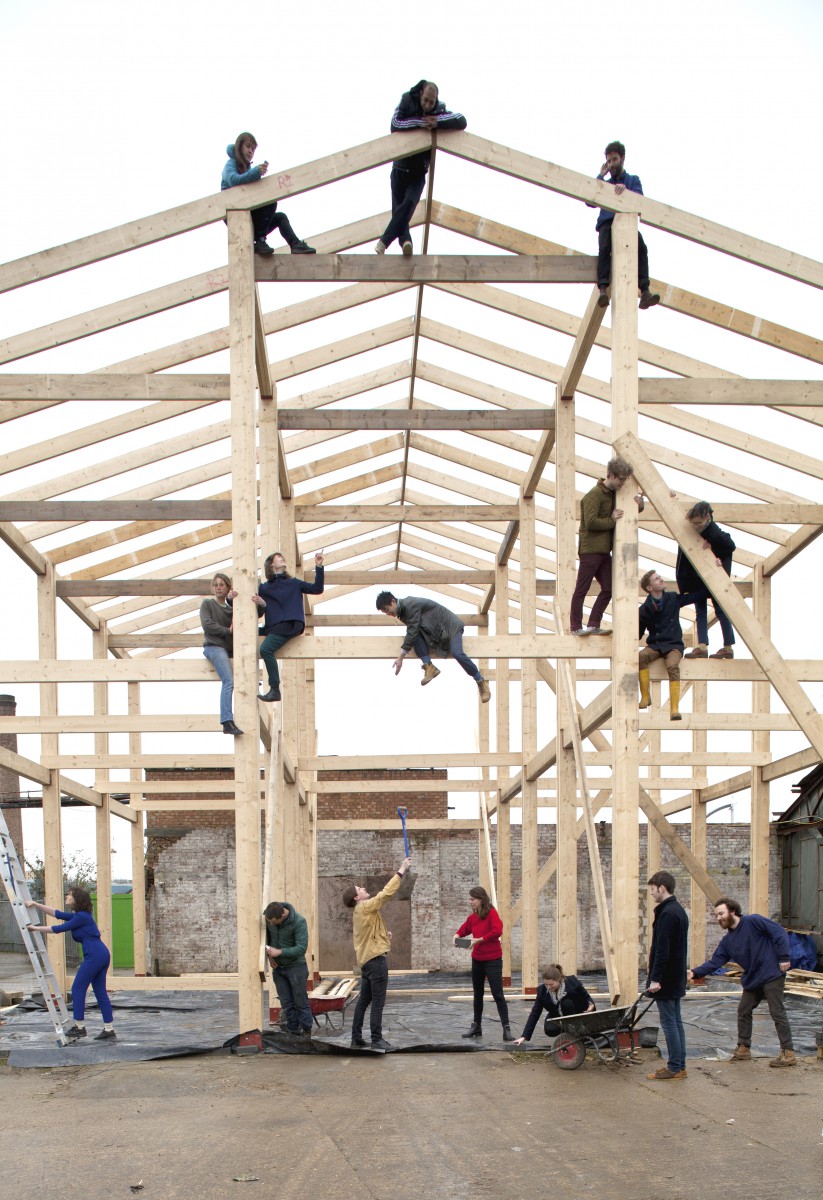 The young makers of Assemble seem to have it all - disrupting architectural work, disrupting art prizes and creating a new form of a firm.

Assemble is a group of about fifteen young people, all under thirty years old, friends who mostly met while studying architecture at Cambridge. They quit their final requisite practical experience at traditional firms to obtain the official title of licensed architect in the U.K. feeling distanced from the people using what they build. Rather, they felt an urge to build something meaningful instead of mainly sitting behind a screen at a desk.

Think about what this tells us about the unmet needs of our new talents!

Here are two portraits of them, one by Tate Shots and another one by the German TV magazine "Titel, Thesen, Temperamente". Watch these videos and you will have a first impression of what powerful projects they make and what made them win such an esteemed, albeit controversial, prize as the Turner prize. But how did it all start and what made them become who they are today?

So instead of pursuing the trodden career paths, they began engaging conversations and started meeting in homes and pubs to discuss how they could make meaningful work collaboratively. Finally, after months, these conversations grew into their first project. Turning an abandoned petrol station into a temporary cinema,  The Cineroleum was born. 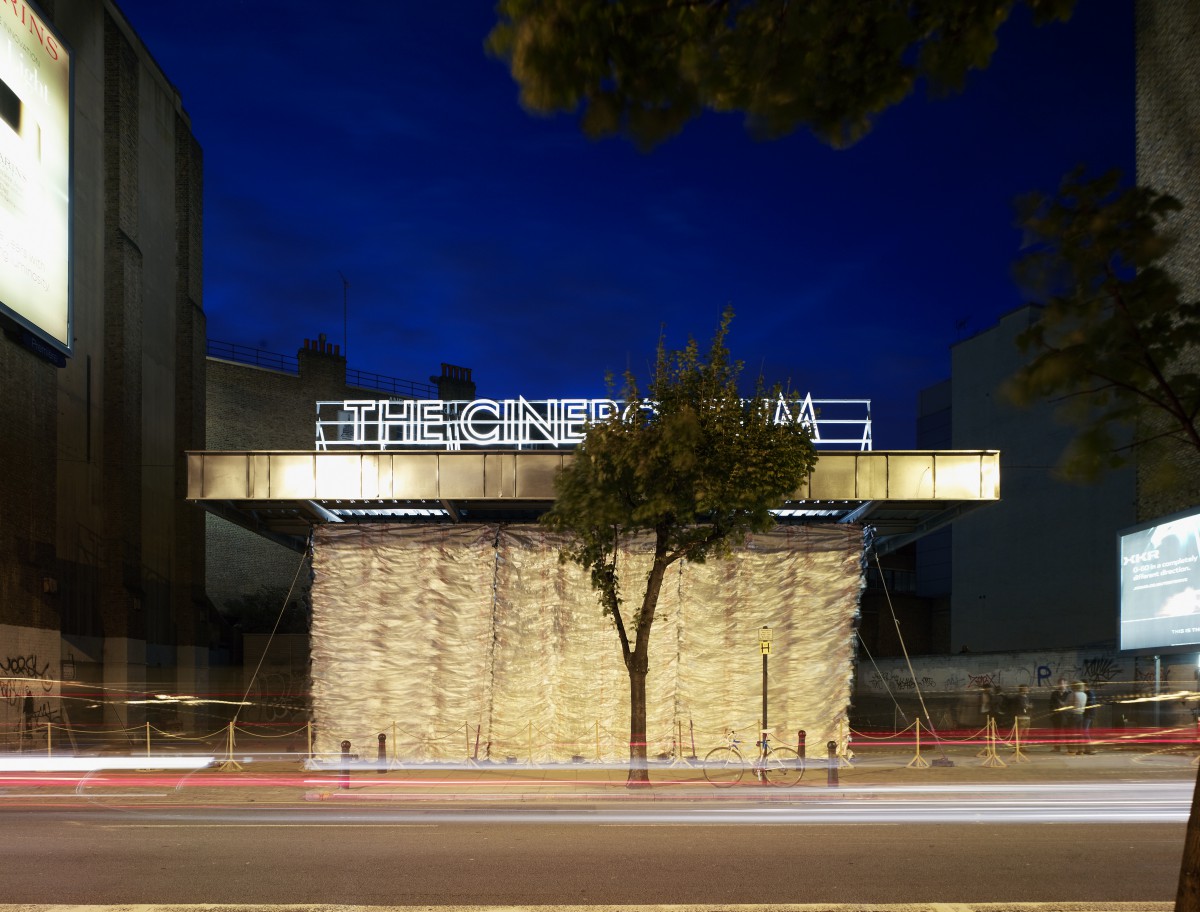 The Cineroleum as well as their next project the Folly (below) are linked, as Adam Willis said, to

Folly for a Flyover

The next project dealt again with transforming a dark spot into a shining new public space. With Folly for a Flyover, Assemble transformed a disused part of a motorway into an arts venue. Over a period of nine weeks, 40,000 local residents, artists and visitors from all over London came to watch and eat, and to get involved with workshops, talks, performance and theatre. 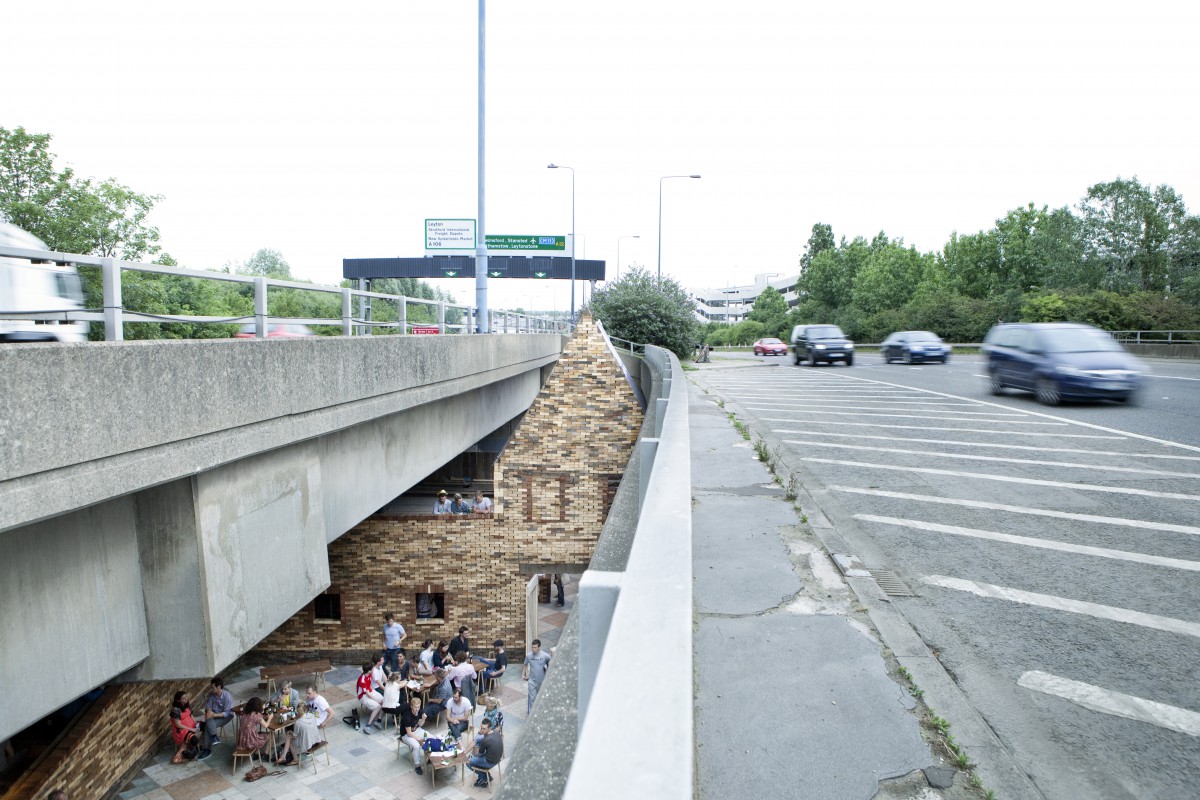 Lewis Jones (also at Turner Prize-winning UEL Lecturers discuss Assemble's work at Open Jury '16 - if not indicated otherwise, I quote him and Adam Willis from this presentation) describes the growth of their organization as a gradual transformation from an occasional thing to a daily thing. Pointing out that this process was heavily facilitated by having a shared space. The groups’ ideas gained momentum. Building their own studio space then became a project in itself.

What helped them setting up a firm  - from an entrepreneurial point of view - was the commission to revive the New Addington Central Parade in Croydon in 2011. This project required turning a car park into a public market square. Part of the project was a week-long series of events prototyping what the changes of the town square could be. Assemble's mindset allowed them to deal with unexpected uses by inviting these activities and giving them greater visibility.

Self-critically though, they concede that this project also taught them the lesson to involve the communities much more, respectively earlier, at the critical early stages so they can take ownership of the projects and the spaces (Lewis Jones at Turner Prize-winning UEL Lecturers discuss Assemble's work at Open Jury '16).

Or as Assemble member Fran Edgerley expresses it with respect to their collaboration with the Collective Land Trust at Granby:

We are interested in how people can take ownership of public space, how they can understand how things are put together, through learning through making. The CLT were already doing that, and we just brought our skills and ideas into the wider effort.

Only with this dialogical and humble spirit did they succeed at Granby the way they did.

The beauty of purpose: Granby

After the 1981 Toxteth riots, hundreds of people were moved out and many houses deteriorated subsequently. This affected also the Granby Four Streets, a cluster of terraced houses in Toxteth, Liverpool built around 1900 to house artisan workers. Local residents had consistently fought to save the houses. They cleaned their streets, replanted them, painted empty houses, organized a monthly market, founded a Community Land Trust and battled to recreate the area in a new light. They founded a Community Land Trust which supported by Steinbeck Studios finally reached out to Assemble. They presented „a sustainable and incremental vision for the area that builds on the hard work already done by local residents and translates it to the refurbishment of housing, public space and the provision of new work and enterprise opportunities. The approach is characterised by celebrating the value of the area’s architectural and cultural heritage, supporting public involvement and partnership working, offering local training and employment opportunities and nurturing the resourcefulness and DIY spirit that defines the four streets.“

Assemble are the only ones who have ever sat and listened to the residents, and then translated their vision into drawings and models, and now into reality. They realised their ideas for the houses in a way which is practical, which can be done on the streets which can be done by the community, can be done in a small space, and which can produce something beautiful. 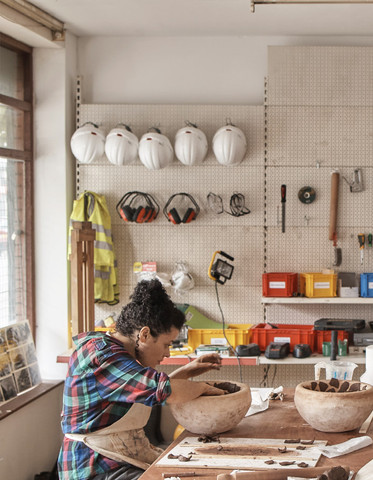 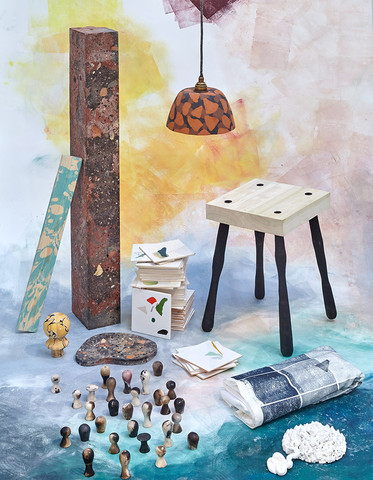 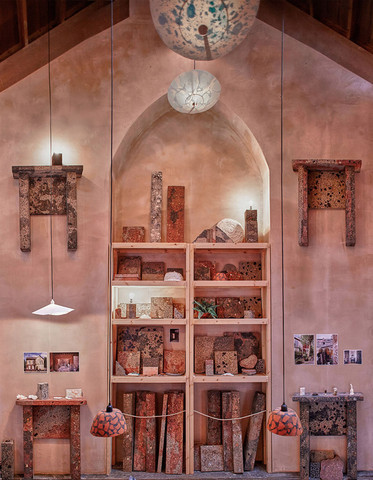 With this project, they won the Turner Price in 2015.

Conversations and the flow of making

What is fascinating to me about them is not just what they do and how they do it, but also how they organize themselves and how they describe their work and themselves as an organization. The How has been at the center of their formation. Adam Willis at the

Common to almost all of our projects has been an idea of making. We tend to value process as equally important part as the final product or final result. We feel there is a kind of  open-endedness that is to be valued over the aesthetic resolution of a project. We are interested in these kind of ideas of potential, and chance, ideas about developing infrastructure or methods which allow other things to other things to continue to happen rather than resolve everything in one go.

This allowed them to grow from more simple projects to more complex endeavors. Lewis Jones distinguishes five major types of activities that have evolved over the years:

Although they never gave themselves a manifesto, they seem to work with some guiding principles, some more explicit others less:

Instead of speaking with "one voice" they engage in "a multitude of conversations" (Jane Hall in an interview with her and Lewis Jones at the Canadian Centre for Architecture in a series on The Other Architect).

The “curiosity of the amateur”

And some final words about experimenting. Reflecting about their shared space at Sugarhouse Studios, Adam Willis says:

Having a lot of space let us work in a very free way. A lots of experimenting, lots of testing, often with a starting point of not knowing that much about the process or material. We found that this „curiosity of the amateur“ has lead to quite a lot of interesting and unexpected results. In a certain sense the skill is in knowing how to test things well rather than knowing everything about the material and process and the material, because then you have preconceptions about what should be achieved and what can be achieved.

If the future of work is to playfully experiment and collaborate as they do and to work with new talents as they are, it will be powerful and bright.

This thread has been closed from taking new comments.
Talk to us?
Book a conversation